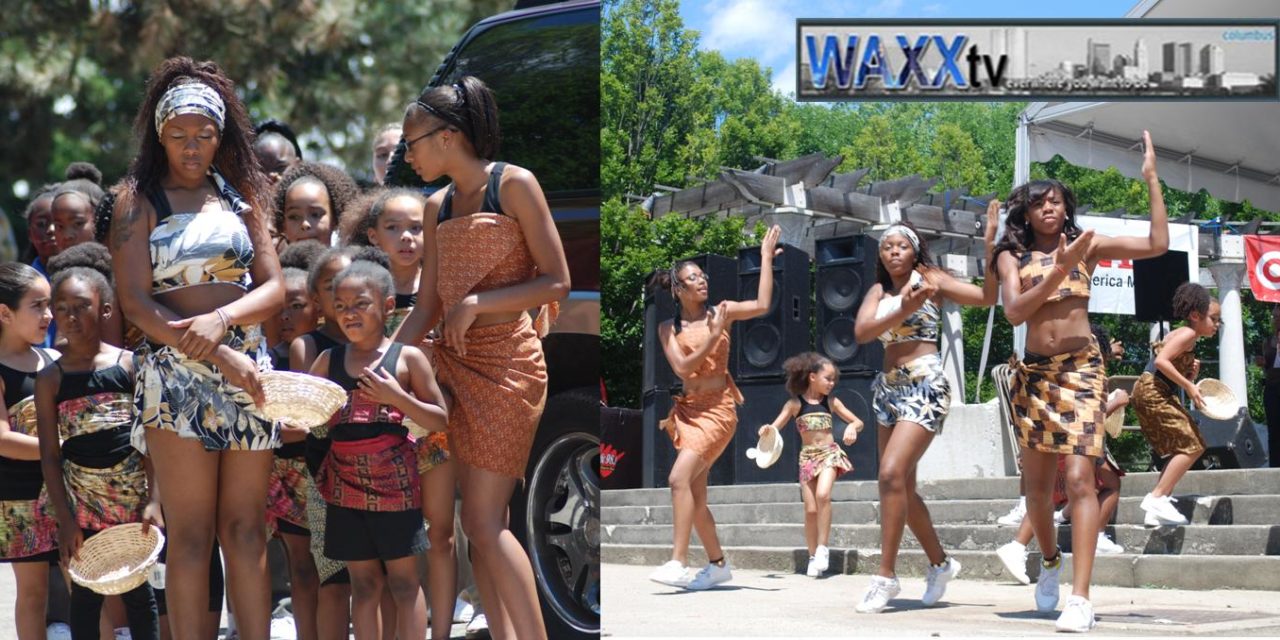 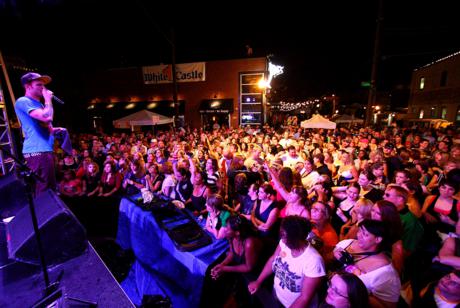 Kick off festival season with the Park Street Festival on Friday, June 12 through Saturday, June 13. This will be the 9th year this festival takes over Park Street with live bands, food and activities for the whole family. This year’s music lineup consists of 35 bands, many of them local, including Mojoflo and Turtle Island. 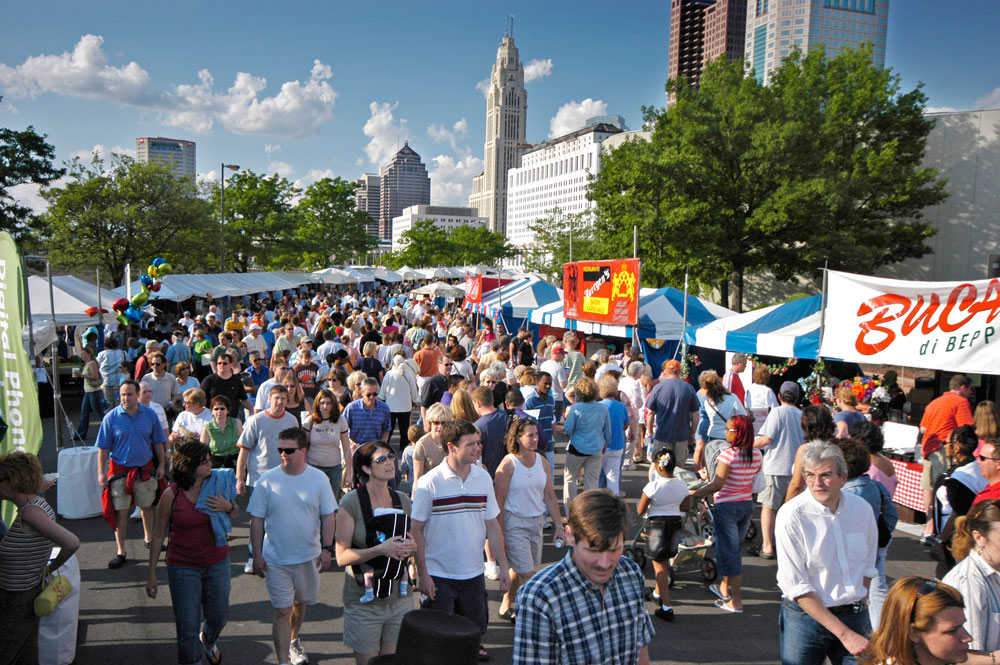 On June 12-14, head downtown to the Riverfront for an extensive outdoor art gallery. At the Columbus Arts Festival, you have the opportunity to browse and shop unique items crafted by the nation’s best artists. The festival will also feature live music, food and more.

Juneteenth Festival is the Annual Ohio Freedom Festival, a 3-day event to celebrate the day that the last American slaves were freed. On Juneteenth, or June 19, 1865, all American slaves were truly emancipated. Celebrate 150 years of freedom at Genoa Park on West Broad St. with a three-day concert series. Friday is “Freedom Friday,” Saturday is “Old School Saturday,” and Sunday is “Father’s Day Sunday.” 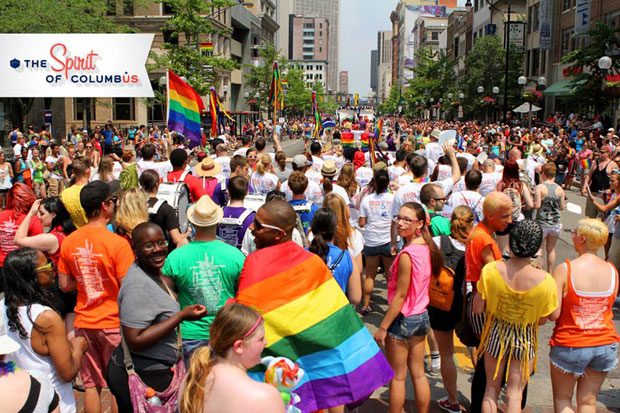 Columbus’s annual festival and parade to celebrate the LGBTQ community is on June 19-21. Head over to Goodale Park for a colorful celebration, and stay for the wide variety of live musical performances. The parade is set for Saturday, June 20 at 11 a.m., and the theme will be “Be the Change.” 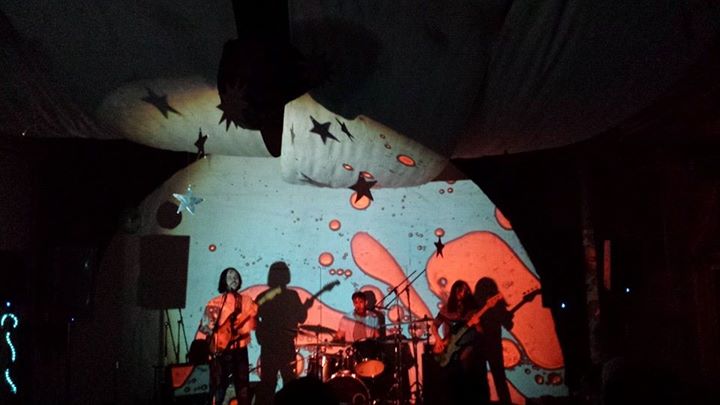 If you’re feelin’ a little funky this summer, June 20 is your day. The Columbus Psych Fest celebrates psychedelic music, which includes 60s rock, ambient, electronica, grunge and other genres. Located at the Dude Locker, Psych Fest will feature local food vendors and of course, music. 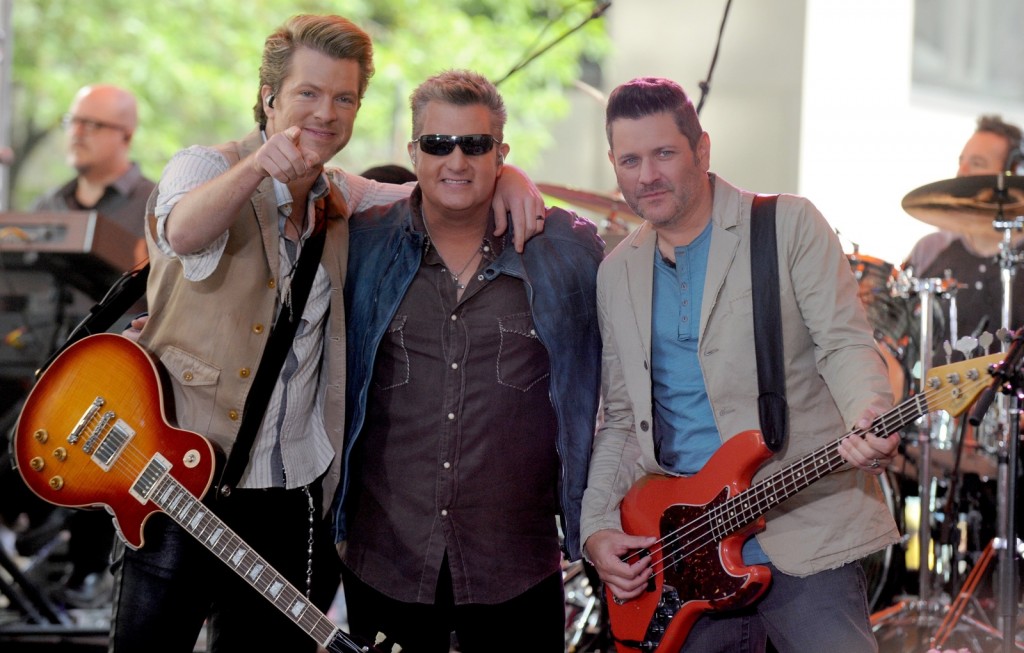 If country music is your jam, then you won’t want to miss the Buckeye Country Superfest on June 20-21. This music festival features some of the biggest names in country music, such as Rascal Flatts, Keith Urban, Blake Shelton and Kenny Chesney. This event is much pricier than the others on this list, with some tickets exceeding $100, but it’s still a great concert for country lovers. Get your tickets, and head out to the Ohio Stadium for the Buckeye Country Superfest. 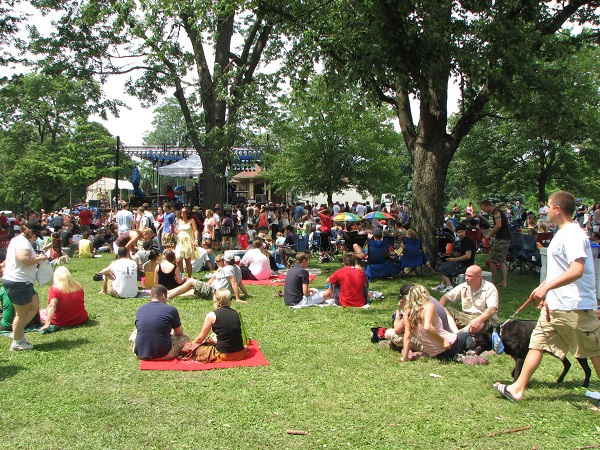 Take the stresses of competition and materialism out of your life for a weekend at the Community Festival, more commonly known as ComFest. At ComFest, which is located at Goodale Park, there will be a street party, live music, and more activities all in the name of togetherness, cooperation, and living in harmony with the environment. Grab a few friends and head out to ComFest for this three-day festival, and celebrate your community. 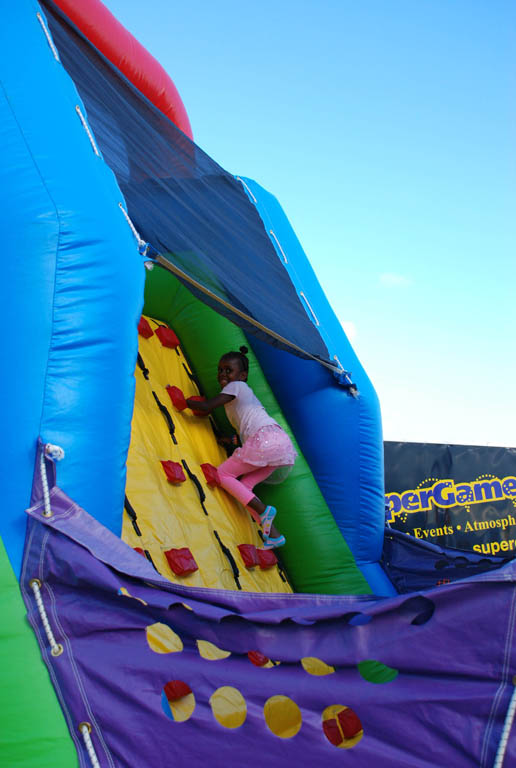 On July 3,  BOOM*Fest!gives you the opportunity to experience multiple fireworks shows in one convenient location.  BOOM*Fest!is located at the highest point in Franklin County, he Golf Depot in Gahanna, so you’ll see the explosive fireworks of Red, White & BOOM!, plus multiple nearby firework displays. A family-friendly environment,  BOOM*Fest!will feature food, beer, inflatables, and of course, fireworks.

If you’re looking to be closer to the action on July 3, Red, White & BOOM! is the place to be. Located in Downtown Columbus in the Arena District and around the Riverfront, Red White & BOOM! is the largest firework display in Ohio. Other than the fireworks, activities include a parade, food from top local restaurants, and the official after party. 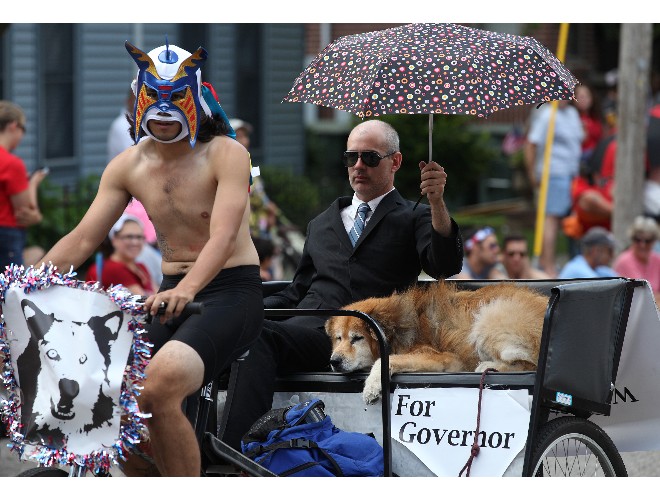 It’s the self-proclaimed “Worst Parade East of the Mississippi,” the Doo Dah Parade is an alternative Independence Day celebration. This absurdist parade is a chance to take full advantage of your freedom of speech, by coming out to the Short North Arts District to view some live music and make mischief with people as eccentric as yourself. The Doo Dah Parade has been celebrating “liberty and lunacy” for the past 32 years. 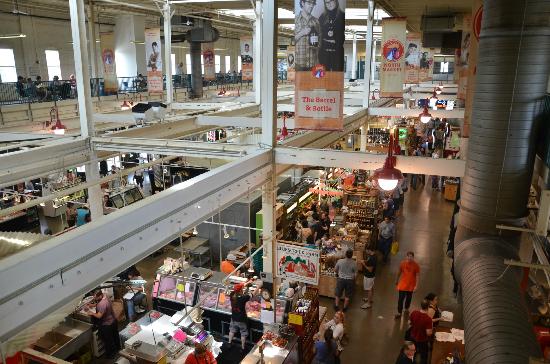 Looking to sharpen up your fancy wine tasting skills? Or do you just love wine? Well, the Wine Festival is set for July 10-12 at the North Market, and you won’t want to miss out. The event will include all of the usual North Market goodness, plus a variety of wine to try out. General admission includes a $5 food voucher, 10 wine tasting tickets, and a free wine glass. The Wine Festival is 21 and over, so bring your ID! 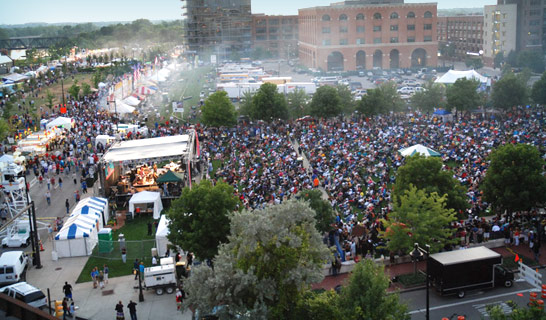 The Jazz & Rib Fest kicks off on July 17 in the Arena District. The three-day event will feature three stages, where local, regional, and international jazz musicians will perform for a feasting crowd. Ribs and chicken will be available for fest-goers, cooked and served by 23 award-winning barbecue teams. Hungry yet? Regardless, you’re going to stuff your face. 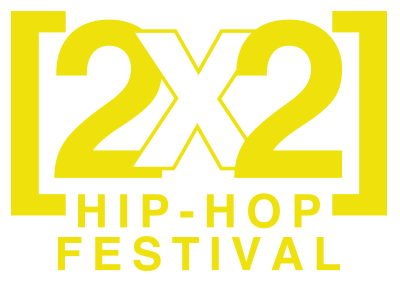 Columbus hasn’t seen a hip-hop festival in years, and the 2×2 Hip-Hop Festival is going to change that. This family-friendly event will include multiple stages for live performances of DJs, freestyle circles, and open mic. The event is located at the corner of 11th Ave. and N. Grant Ave., and the grounds will be filled with live graffiti art, food trucks, local vendors, and a kid’s activity area. 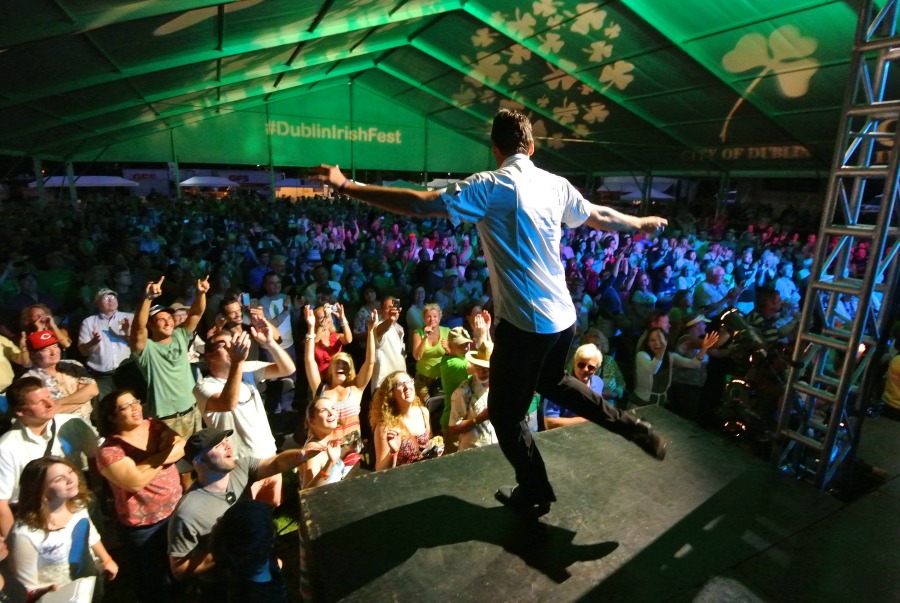 The largest three-day Irish festival in the world is located right here in Central Ohio. The Dublin Irish Festival is a 27-year tradition, and it’s set for the first weekend in August. The fest will feature 65 acts and hundreds of performers, including traditional Irish dancers and musicians. Over 100 thousand people are expected to be in Dublin for the festival, so don’t be the one to miss out! 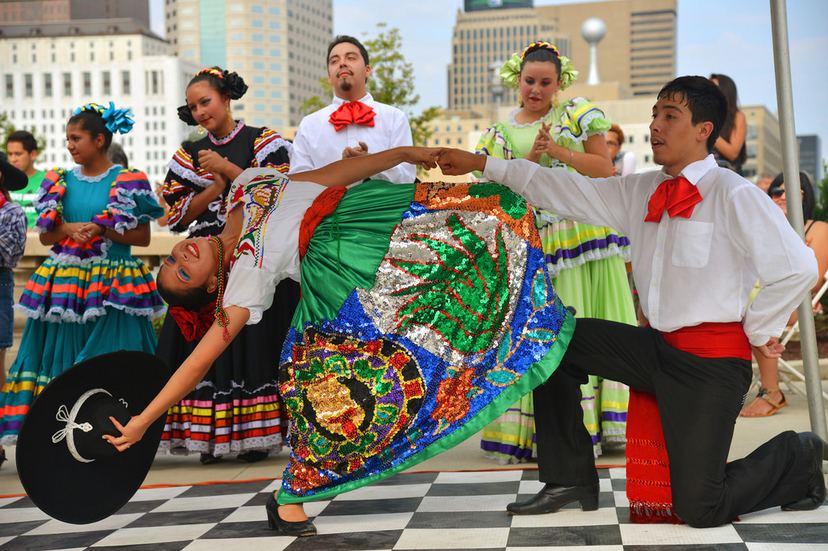 Held at Bicentennial Park, Festival Latino is a chance to celebrate different cultures with music, dancing, food and more. On August 8 and 9, the event will include performances from Luis Vargas, one of the most famous Bachata musicians in the Dominican Republic, Banda Machos, a Mexican band that is considered “Queen of the Bands,” and many more, including some Ohio-based bands and dance companies. 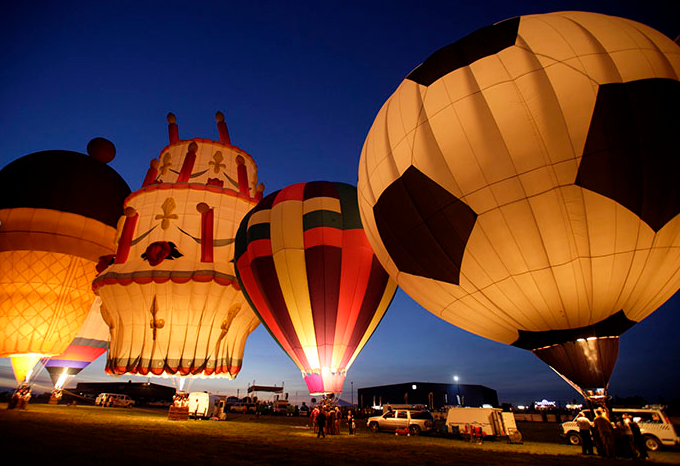 At the Union County Airport in Marysville, Ohio, the annual Balloon Festival is set for August 13 through the 15. This family event includes helicopter, airplane and hot air balloon rides, colorful and creative hot air balloons displays, and musical entertainment from LeAnn Rimes, Reaganomics and more. 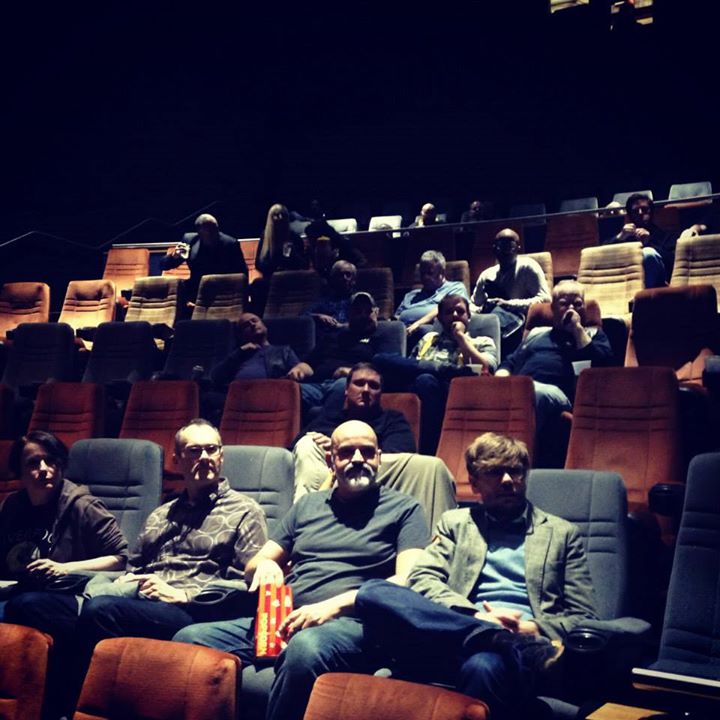 This August will bring the fourth annual Film Festival of Columbus, which includes film screenings and parties for a 7-day period. A schedule has not yet been set for this event, but the FFOCOL Facebook page should be updated as the date gets closer. Attendees can expect to watch films from seasoned filmmakers and newbies alike, as well as the chance to attend Q&A sessions and seminars about the art of filmmaking.

The sixth annual Columbus Summer Beerfest will take place on August 14-15 at the LC Pavilion. This is the perfect weekend for beer lovers everywhere, because there will be over 300 craft beers to try, as well as music and an assortment of local food trucks to grab food from between sips. Plus, it’s all for a good cause because all proceeds will support animal rescue efforts.

The Food Truck Festival is on August 14-16 at the Columbus Commons. The annual festival promises to be bigger than ever this year with over 70 local food trucks to choose from. Along with some tasty local cuisine, festival-goers can expect live music, arts and crafts, and more family-friendly fun. The list of food trucks has yet to be finalized, but really, it’s safe to say that the Food Truck Festival is going to be mouth-watering. 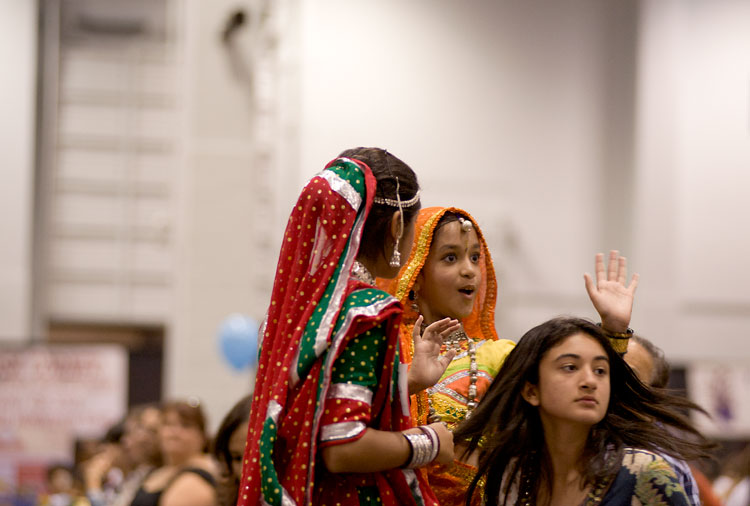 The India Festival will be held at the Expo Center on August 22. The event will include traditional Indian dance performances, Indian food, a fashion show, a cricket tournament and more. Local artists will also showcase their cultural talent. If you’re looking to learn a lot about a different culture or celebrate your own and have a great time, then the India Festival is the perfect event to attend. 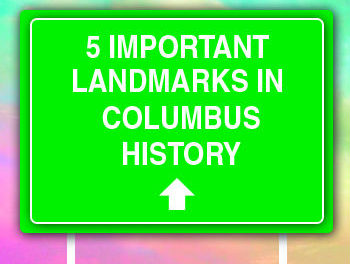 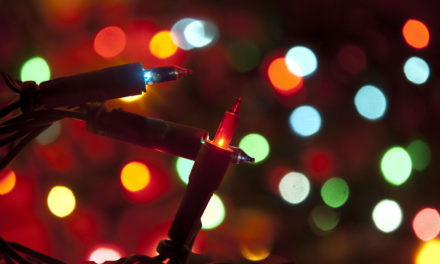 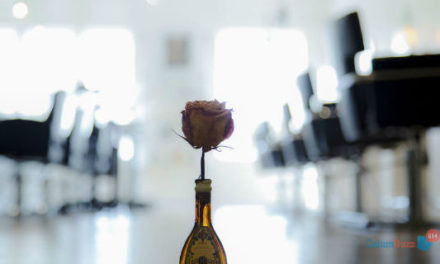 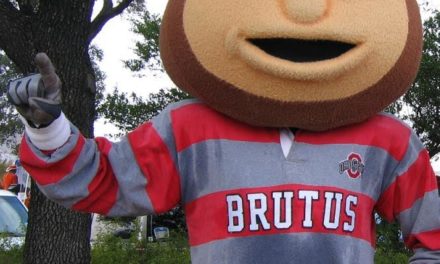 Our Favorite Nut is Turning 50!